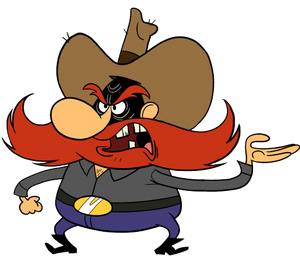 Yosemite Sam is a character in New Looney Tunes.

As compared to the classic Yosemite Sam, he retains his signature big, red mustache and eyebrows as well as his famous black mask and 10 gallon hat. Contrasted from his original design, Wabbit's version of Yosemite has a much longer nose and stouter body composition. His hat is also different. 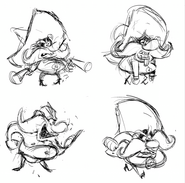 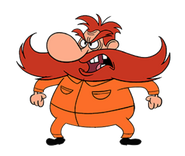 Add a photo to this gallery
</center>

Retrieved from "https://newlooneytunes.fandom.com/wiki/Yosemite_Sam?oldid=16390"
Community content is available under CC-BY-SA unless otherwise noted.